Auckland, New Zealand – Philips today announces the release of two new additions to its Light Emitting Diode (LED) lighting range, myVision and myAmbiance bulbs. These are designed to give consumers that want to make the switch to next generation LED lighting even more choice and at a lower price point.

Auckland, New Zealand – Philips announces the release of a new range of LED bulbs for the home at a significantly lower price point available at supermarkets and DIY stores. Combined with the other savings from greater energy efficiency and the much longer life of LED bulbs, the lower upfront cost of the bulbs and mainstream accessibility is expected to drive further uptake of LED.

The new Philips LED bulb range includes bulbs that provide similar lighting output to standard incandescent bulbs (25W, 40W, 60W and 75W). But Philips’ LED light bulbs use up to 80 per cent less energy and can last up to 15 times longer than an incandescent bulb[1].

“With lighting making up around 12 per cent of the average New Zealand home’s electricity bill[2], converting to energy efficient lighting is one simple and effective way to reduce overall energy consumption and costs,” says David Procter of Philips Lighting New Zealand.

As well as the savings for individual households, greater uptake of LED lighting has wider benefits to New Zealand. According to EnergyWise, if every household in New Zealand used efficient lighting, this would save the same amount of power that Hamilton uses every year[3].

Supermarkets account for around 60 per cent of all retail light bulb sales. To date, LED bulbs have not been widely available in supermarkets. Philips LED bulbs will be ranged in both Foodstuffs and Progressive supermarkets from this month.

Philips has already seen a significant rise in LED sales in New Zealand over the past two years as businesses and consumers become more aware of the benefits of switching to LED. Philips’ sales of LED lighting in 2012 made up 19 per cent of its total lighting sales across New Zealand.

“The growth in uptake of LED in New Zealand to date has been driven by early adopters who recognise the long-term cost savings and other benefits from making the switch. While New Zealand has not introduced regulation to phase out incandescent bulbs as other countries have, we expect lower prices for the LED bulbs and nationwide availability in supermarkets to drive further uptake,” says David Procter.

LED bulbs are mercury-free and do not require consumers to compromise on quality and style. They produce an instant warm, white, glare-free light and have been designed to resemble a traditional light bulb. They are compatible with most existing light fittings (screw or bayonet cap sockets) making it hassle-free to make the switch.

“It’s great to be able to bring a wider choice to consumers who want to make the switch to energy-efficient LED, just as Philips has been recognised as one of the top 25 best global green brands in the annual Interbrand Top 50 Best Global Green Brands survey,” says Procter.

With LED lighting becoming increasingly accessible to mainstream consumers, Philips expects at least 50 per cent of global lighting to be LEDs by as early as 2015, and 75 per cent by the end of this decade.

The new Philips LED bulb range is available nationwide from Pak ‘N Save, New World, Countdown, and Bunnings stores priced from $14.95 to $24.95 including GST. 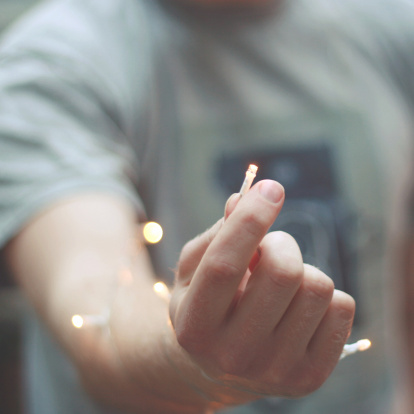 Significant energy savings and an exceptionally long life are key features of the new range of LED (light emitting diode) home light bulbs released in New Zealand this month by Philips.
The range of LED light bulbs uses up to 80% less energy and can last up to 25 times longer than an incandescent bulb. They are fully compatible with existing light fittings, making the changeover problem-free.

As well as presenting an opportunity for households to reduce energy use, the LED light bulbs provide ambience and comfort through high quality natural shades of white light.

LEDs are recognised as the future of home lighting but only recently have technological advances enabled the production of bulbs suitable for wide residential use. Philips expects at least 50% of global lighting to be LEDs by as early as 2015, and 75% by the end of this decade.

“They are an excellent alternative to standard incandescent lighting, which is expensive to run and requires frequent replacement, so we’re expecting a good response in the New Zealand market.”

The LED home range bulbs have a life span of up to 25,000 hours (calculation based on 2.5 hours per day) compared with the 1000 hours of an incandescent light bulb. The bulbs contain no mercury or any other hazardous substances, emit no ultraviolet or infrared rays and illuminated items do not fade. The bulbs use remote phosphor technology to deliver the same instant soft white light and shape people are familiar with in an incandescent bulb.

The new range of products includes the Ambient LED Clear Sparkle, Ambient LED Focused Beam, and 5W and 7W VisionLED Globes. The new range LED light bulbs will be available in DIY stores and selected supermarkets, with prices ranging from $24.95 to $49.95.

“While the initial cost for purchasing LED light bulbs is currently more expensive than for their incandescent equivalents, choosing a cheap, inefficient light bulb may be a false economy,” Mr Proctor says.

“Because an LED light bulb lasts up to 25 times as long as an incandescent bulb, and uses only one-fifth of the energy, not only do you save on replacement costs, but you also save on your power bill throughout the LED’s life.”